Travis Tarpein started schooling in the martial arts at an early age with his father, Nick Tarpein, learning the arts of karate, Brazilian Jiu-Jitsu and Muay Thai Kickboxing. Nick spent countless hours with Travis helping to hone him and his skills, including traveling to weekend tournaments to test Travis’ proficiency. With his strong foundation of hard work and determination, Travis always brought home trophies and medals for his victories.

By age 17, Travis trained almost nonstop, holding high regard and having much respect for the discipline. After receiving his brown belt, Travis earned a position at Nick Tarpein’s School of Karate as a full-time instructor. Three and a half years later, just before his 21st birthday, Travis earned his black belt in the Shorei-Ryu system of Okinawan karate. Shortly thereafter, he was promoted to Manager of the Moline Nick Tarpein’s, and the school started to thrive under his management.

Just before accepting his new managerial position, Travis had enrolled and started classes at Scott Community College with the intention to advance to Palmer College of Chiropractic. The opportunity then arose for Travis to purchase and become owner of the Moline Nick Tarpein’s, which forced him to make a hard decision between his passion, the martial arts, and his chiropractic education.

Fortunate to all who have trained under his expertise, Travis chose to buy the school and dedicate his life to the martial arts. Sensei Travis Tarpein works diligently to give back to his students what was given to him by his father. As well as an outstanding instructor, Travis is still a martial arts student. He travels extensively learning at other dojo’s, bringing back his new found wisdom and sharing it with his students.

Sensei Tarpein has two academies and has dedicated himself to pass on his style of martial arts and Brazilian Jiu Jitsu to his students.

“I would like to thank my father, Nick Tarpein, and my Uncle Dan Tarpein for helping me in the martial arts business. I extend much appreciation for my wife, Megan, for helping in any way that she can. And I am grateful for my students who make the Moline and Bettendorf Tarpein’s Dojo a great place to train in martial arts.” 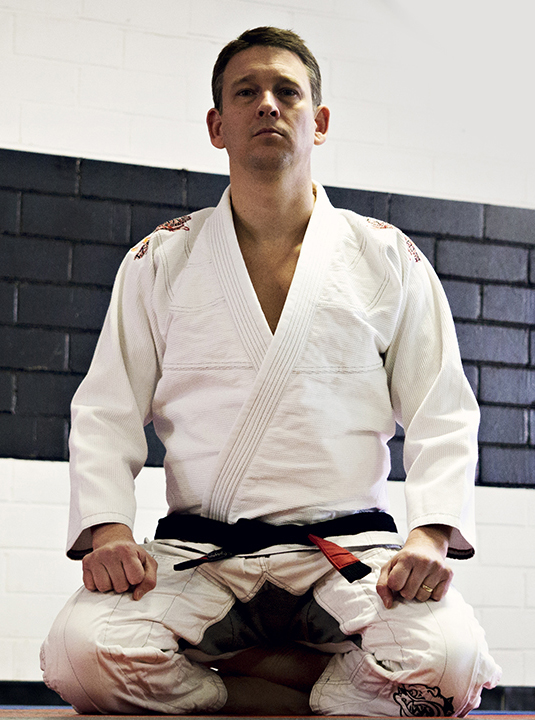